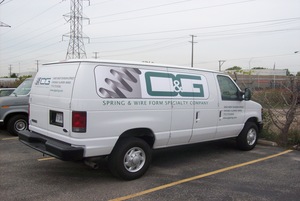 In all likelihood, you have heard the terms “calendered” and “cast” vinyl thrown around whether you have been around the signage industry for years or are just making your first purchase. At Citrus Sign Studio, we use these terms in reference to the film grade. Calendered films have been associated with short-term or intermediate uses while cast films have typically been considered the industry’s long-term or premium films. When deciding between cast vinyl vs. calendered vinyl for vehicle graphics in Orlando, FL, it is important to take the following information into consideration.

The manufacturing process for cast films gives them their name. First, the ingredients of the vinyl are mixed together for a set amount of time at a specific speed to create a consistent and complete mixture. This liquid mixture is then cast onto a moving web then processed through a series of ovens. A solid film is left behind once the solvents have evaporated. The film then gets an adhesive coating. This process leads to a number of advantages: 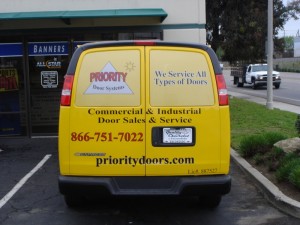 Calendered film also gets its name from how it is manufactured. Again, all of the ingredients are mixed together, but then gigantic heated steel rollers form the film into a thin sheet. This process is known as “calendering.” The vinyl mixture is continually passed through the calender rolls until it reaches the specified thickness. Then, it is cooled down and wound up. Calendered films can range drastically in quality, but some of the advantages of this vinyl are:

So, Which Is Best for Your Purposes? 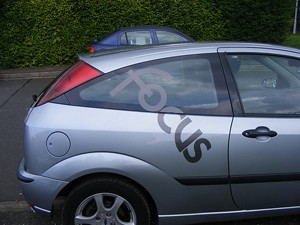 As with just about anything else in the signage industry, the answer is “it depends.” When looking at the difference between cast vinyl and calendered vinyl, you need to closely examine what sort of vehicle graphics you want and how much you have to spend. Cast vinyl is typically better for full vehicle wraps on a car with many contours. However, if you just want to put standard lettering on a flat surface, calendered vinyl should do.

Part of our job at Citrus Sign Studio is providing you with the right materials for your signs. We take care of every step of the process from design to installation and maintenance. Contact us today to get started!