For a business owner, it’s always a good idea to periodically review his/her business critically and objectively to identify growth opportunities as well as challenges or obstacles that may be preventing growth. Those who believe their business and brand have grown stale or predictable could opt for rebranding with brand new exterior signage. Even when expanding the business to a new location, rebranding with custom exterior signage can help to boost brand identity, increase interest in the business, and drive more foot traffic into the store, a sizable part of which could get translated into sales. Perhaps these were the reasons why Movado Watch hired Citrus Sign Studio to create new exterior illuminated signage and blade signs as part of its rebranding efforts when it was moving to a new location in Premium Outlets International Drive. 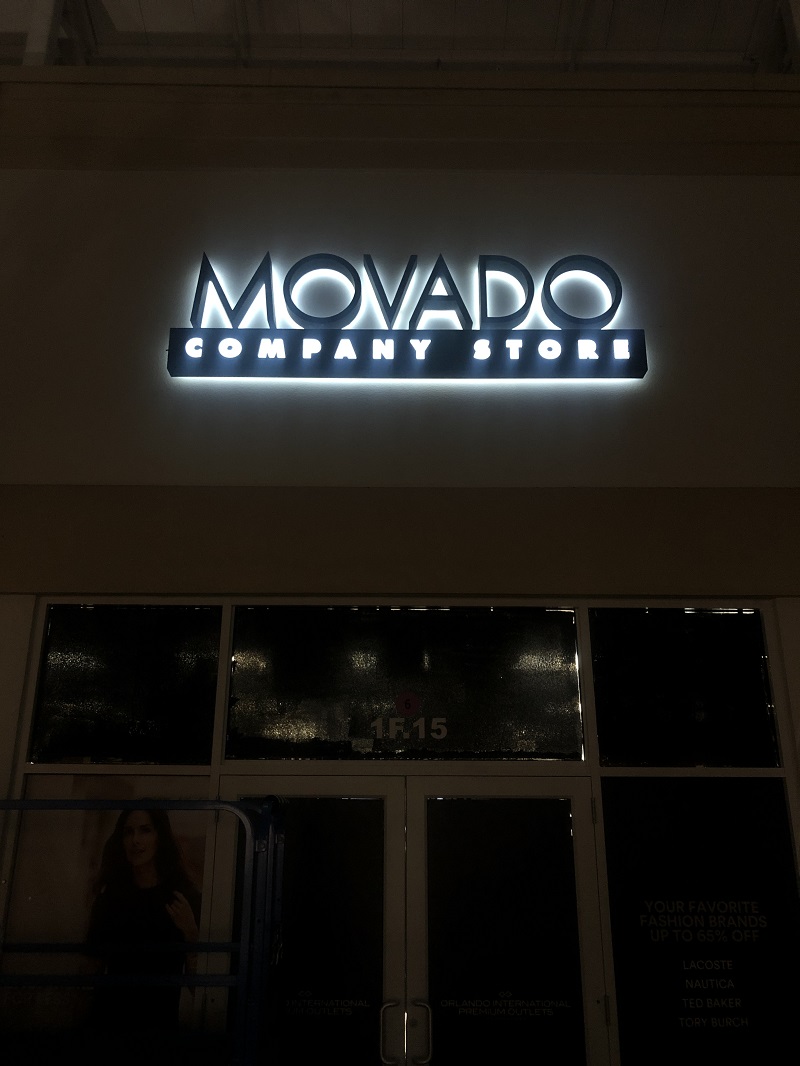 Movado is an American watchmaker with a Swiss heritage that dates back to 1881. Since it was established in 1881 at La Chaux-de-Fonds (Switzerland), Movado has come a long way and carved a rich legacy of novelty in watch design. In Esperanto, the company’s name stands for “always in motion.” Movado is best known for its line of Museum watches that feature the company’s classic signature metallic dot at 12 o’clock along with sporting a minimalist style. When Movado was moving to a new location in Premium Outlets International Drive, it needed new exterior signage (illuminated) and a blade sign for its rebranding efforts. Citrus Sign Studio stepped in to do the job.

At first, we chalked out the outline for the company’s exterior signage on paper, which was taped to the storefront’s wall so that we could see that it was what the company required. Once satisfied, we got to work. 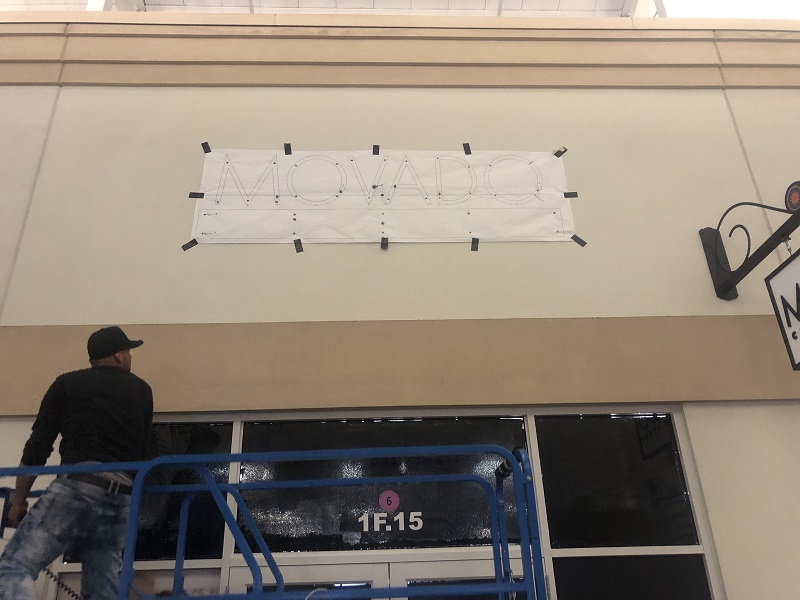 We used bold, raised capital letters in black for the company’s name, below which we used slightly smaller letters in white (all capitals again) against a black backdrop that read ‘Company Store’. We made sure the exterior signage was large and prominent enough to get noticed even from a distance by people passing by, either on foot or on vehicles. 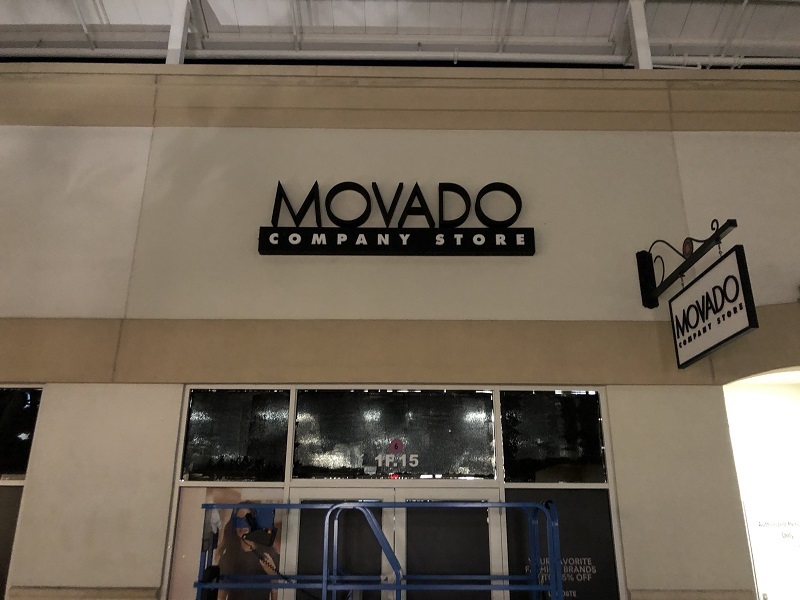 Since Movado Watch needed exterior illuminated signage for its new location in Premium Outlets International Drive as part of its rebranding process, we installed light panels underneath the exterior signage so that it could be lit and noticed even when it was dark. 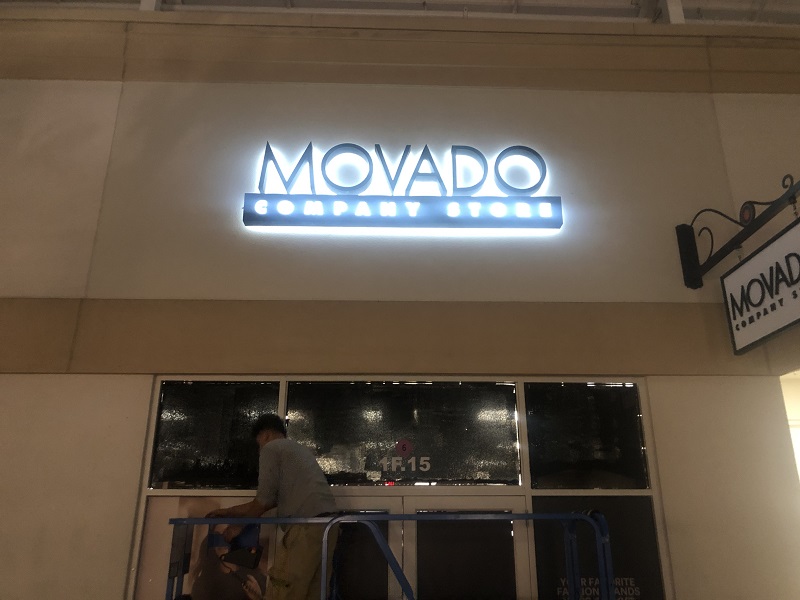 For the company’s blade sign, we used the company name that sat pretty atop ‘Company Store’ with all the words in bold and black featured against a white background. 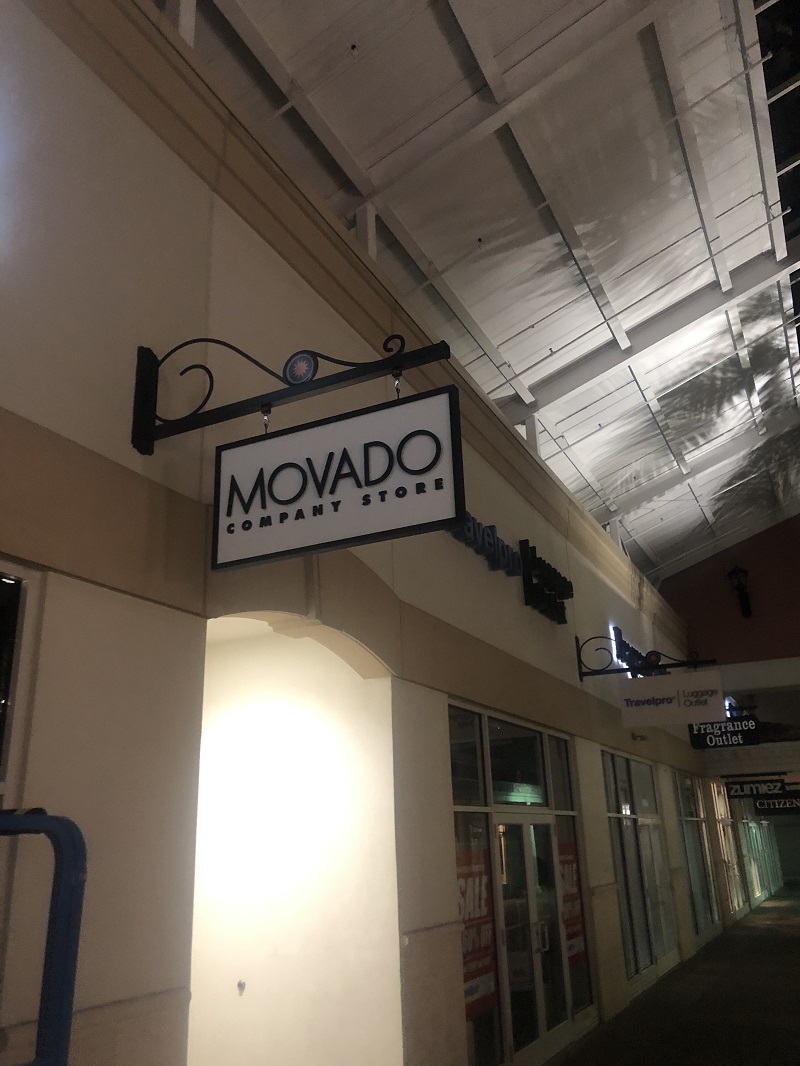 Once the signs were fabricated, it was time for our expert installers to take charge. Since they had the experience of installing thousands of signs of varied sizes, it was a cakewalk for them to install the exterior signage for Movado Watch and test it to ensure the lighting worked fine. 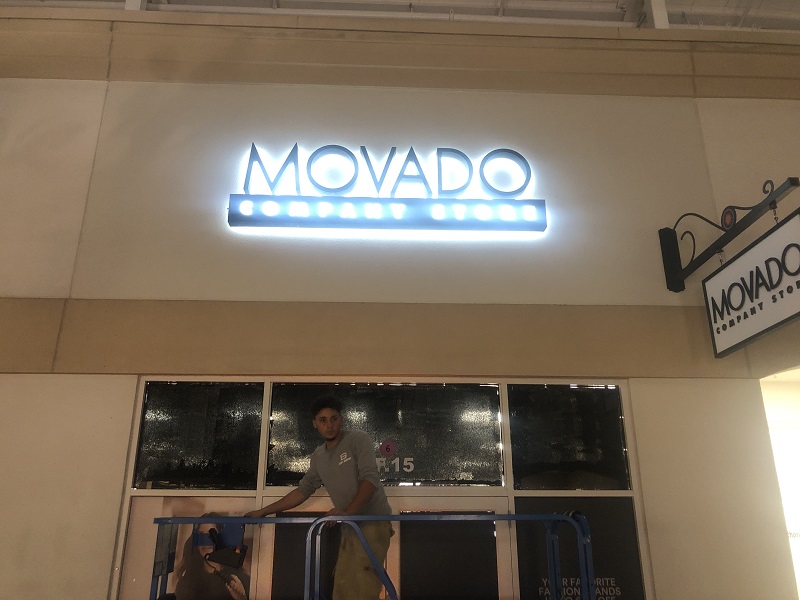 Thus, we delivered what the company needed for its new store’s rebranding.